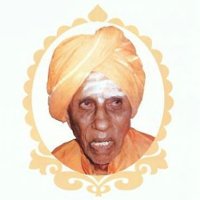 Shri Ma.Gha.Cha.Dr.Channabasava Pattaddevaru founded S.V.E society in the year 1963.  Born on 22nd December, 1890, Swamiji lived for fruitful 109 years with his hardwork, services to humanity and downtrodden till he breathed his last on 22ndApril 1999.

He was one of the most respected and honored pontiffs of this land who stood by what he preached. Work is worship was the motto of his entire life. In true sense he was a perfect follower of 12thCentury reformer, Mahatma Basaveshwara. His work was not just confined to Math alone but he also played an active role for liberation of Hyderabad-Karnataka region from Nizam's rule. His contribution towards the existence of Kannada language in this region is unique. During Nizam's regime, displaying Urdu board outside, Swamiji managed to teach Kannada in the Math and Schools providing education to poor children with free food and shelter without any discrimination of caste or creed.

His vision to educate the people of this backward area led to the formation of SVE Society which grew to the present status with his blessings, encouragement and active patronage. Swamiji was honoured by late Shri Giani Zial Singh, former President of India conferring on him with National Integrity Award. Recognizing his yeomen services, Gulbarga University, Gulbarga conferred on him the Honourary degree of 'Doctor of Literature'.

He was popularly known as "Nadedaduva Devaru" meaning "god who walks" in this region. One is struck at first sight itself by Swamiji's graceful humility and blissfull simplicity of life. On the whole, he was an institution by himself for the cause of humanity. 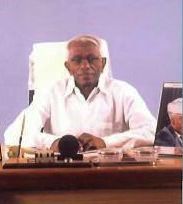 Founder President of SVE Society, Bhalki, Dr. Bheemanna Khandre, is a freedom fighter, educationist, veteron politician and co-operative movement leader. He is a true disciple of his Guru, Pattadevaru Swamiji and has played a dynamic role in the formation of SVE Society.

Under his dynamic leadership, SVE Society has grown from strength to strength and has spread over vast areas, providing multidimensional education. He was a member of both the houses of Legislature of Karnataka and also served as Minister for Transport in Govt. of Karnataka.

He is the founder of two sugar factories under co-operative sector and has started a number of other ventures. Also he was the President of Akhil Bharat Veerashaiva Mahasabha and still leads from the front for the cause of poor and donwtrodden.

He has been honoured "Suvarna Karnataka Rajyotsava Award" by Govt. of Karnataka. Recognizing his yeomen services to the society, Gulbarga University, Gulbarga conferred Honorary degree of Doctor of Law (Honoris Causa) on him. A leader known for his discipline, courage, character and fighting spirit for the cause and he is popularly called as "Lok Nayak".